"I...Hikari. She means more to me than anything."
—Yami to Kurai.

Yami Dark is the main character of Darkness and Light. He is a young boy who is forced to fight on the side of Darkness in the war between the forces of Light and Darkness. Despite his calm and laid back demeaner he is an emotional wreak due to losing both his parents at a young age.

Yami has messy shoulder length crimson red hair and bright blue eyes, however after falling into Darkness they are stained a dark golden yellow. He wears a light grey under shirt with an unbuttoned dark grey dress shirt over it and dark grey pants. He also wears a chain necklace with a crescent moon shaped charm that has a dark purple gem imbedded in it. After joining Ulmia's forces he dons a white long sleeved shirt with a zipped up black windbreaker that has a noticeable dark gray collar with dark gray jeans and black and dark red sneakers. After a confrontation with Tamashii after she had become a Nobody he gains a large scar going across the bridge of his nose.

During the Shining Moon story arc Yami dons a Black Coat instead of his normal outfit, and continues to wear it through to the beginning of the Balance arc. During Balance Yami becomes the leader of the 2nd Order of Light, and as its Grand Master wears an outfit similar to Xehart's consisting of a loose black shirt with a grey hakama and a white robe. The only difference is that instead of the Keyblade Master emblem it has the Kanji for Balance on its back.

Yami has a very close relationship with Hikari, considering her his only friend up until the point he met Tamashii. He is very protective of her, and his feelings of friendship have grown into love. While neither of them realize it, in all actuality Hikari has become an emotional crutch fro Yami, seen when he begins to fall apart during his prolonged seperation from her.

Yami is good friends with Tamashii. She is in fact one of the few people besides Hikari he is open with his emotions towards.

Yami's main theme is A Shadow from the 2nd Pandora Hearts OST. 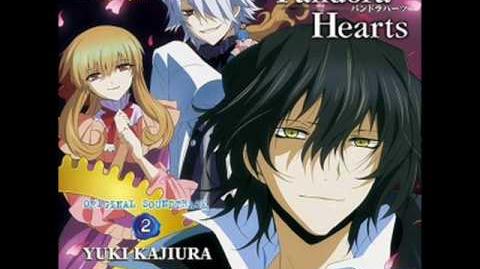 Yami's second theme is Your Not Alone from Final Fantasy IX 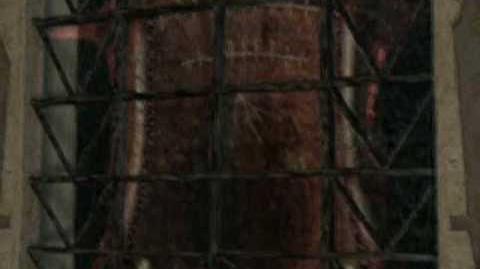