Wonderland is a world that appears in Kingdom Hearts: Blooms of Chaos. It is based off of the 2010 movie, Alice in Wonderland.

Kingdom Come's search for NOVA eventually led them to Wonderland, the world visited by Sora over a year ago. After a few minutes of searching, Ultimecia, the Time Witch that had been tormenting Xyla for so long, finally broke the mental barrier that had been keeping Xyla safe. This unleashed a massive wave of Time energy, sending the world of Wonderland and it's residents, around a decade into the future. Xyla, now possessed, left the world, leaving Kingdom Come to fend for themselves.

The members of Kingdom Come were most baffled by this change in Xyla. They began discussing what could have happened to her and to the world. Finally, the timid Celesté stepped forward and explained how Xyla had confided in her about the dreams she had been having. The Raksum tearfully apologized about not coming forward earlier and about how the Time Witch called "Ultimecia" had been the tormenter of the Nobody.

Before making any immediate actions concerninng Xyla, Kingdom Come knew that they must first set this world right. They began to journey through the strange land until they came across a very small Alice Kingsleigh who was conversing with many residents of Wonderland. they cautiously observed the events taking place as the strange creatures spoke and bickered about if this was in fact "The Alice" or not. Mustering up a bit of courage, Kingdom Come approached them and inquired about what they were talking about. Before answering, introductions were made. When Alice from Kingdom Come introduced herself, she decided to do so as her middle name, "Violet" as to avoid confusion. While this was going on, Alice Kingsleigh was deep in conversation with the Caterpillar, Absolem.

At that moment, the vicious Bandersnatch leaped into the clearing, flanked by an army of Card Soldiers, on a mission to put down the rebellion that had been mounting against Wonderland's current ruler, the Red Queen. The members of Kingdom Come fought valiantly to protect these residents that they barely knew, but the vast numbers of the Red Queen's army eventually overcame them, leading to the capture of the Dodo and the White Rabbit. 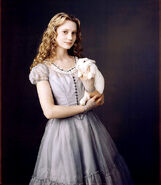 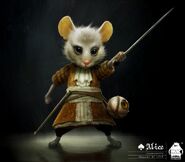 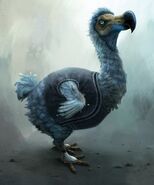 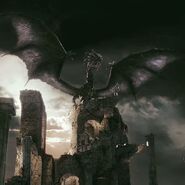 Chess Pieces
Undefined
undefined
Add a photo to this gallery