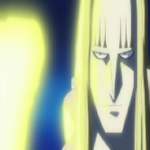 At a young age, Subrosian had straight brown hair like his father's, but it got thicker and curly as he got older. In his later years, he dyed his hair to a copper color.

Subrosian is usually a fairly nice person and an easy-going guy. However, he has a lot of walls around his emotions that keep him from opening up to people. Sometimes he can let his emotions get to him when he becomes overly passionate about things and ends up being hard-headed that makes him lash out irrationally at some people. He does not mean to act this way on most occasions and values friendship, feeling sorry for himself if he ever hurts anyone.

Subrosian has been friends with AzureFang since they joined Gaia together in 2003, meeting one another around the same time and becoming avid Roleplaying partners. They are now the best of friends, loyal to one another, and always work together in collaborative efforts for their various stories.

Subrosian has some minor training in Mixed Martial Arts from his older brother, but he usually fights dirty if it comes down to it, though only in self-defense.

Subrosian owns several katana that he uses in order to defend himself. He is by no means a master of the art, but he can use them well enough in a fight when it comes down to it.

Subrosian has written several stories from several different series, including Yu-Gi-Oh, Sonic the Hedgehog, Dragonball Z, Yu Yu Hakusho, Wolf's Rain, Naruto, Bleach, .hack//, and One Piece. His most notable story is One Piece: World Reversion. He has other stories published on his FanFiction.net account that have yet to be finished or updated for some time.

Subrosian pretends to be sexually ambiguous. He suffers from mild narcolepsy and severe insomnia at the same time. He's also a pretty sensitive and emotional person, often crying at sad scenes in Anime.

Retrieved from "https://kingdomheartsfanon.fandom.com/wiki/User:Subrosian?oldid=40952"
Community content is available under CC-BY-SA unless otherwise noted.