"I wish I could see the chaos that has been spread in my name. THAT would be a treat."
—Ulmia Dark

Ulmia Dark also known as the Empress of Darkness, the main antagonist of the first story arc in Darkness and Light, a supporting antagonist afterwards, and is the protagonist of the prequel Birth of a Tyrant. She is Yami's mother, and was present when Yami, Hikari, and Tamashii's homeworld was destroyed by the Darkness, sent Hikari through a Corridor of Darkness to Radiant Garden in an attempt to manipulate her, and convinced Yami to give into his inner Darkness. The only main character she hasn't manipulated in some way is Tamashii, though she does try and take advantage of the girl's confusion at one point.

Ulmia has the appearance of a woman in her early twenties, despite being over fourty, with a large bust, straight long dark green hair that extends half way down her back, and frames her face, curving in slightly, and bright yellow eyes with a sharp face and a light tan. She wears a large black travelling cloak with a dull red stylized Heart on the back, and under it a white long sleeved button up blouse, black gloves and black dress pants, in addition to a silver ring on her left ring finger. She is also constantly surrounded by a thick aura of Darkness that gives her hair and skin a black tint. During the Sins of the Father Arc, she starts wearing a large black cloak with an large hood (similar to the one worn by the Grim Reaper in mythology), and a featureless white mask made out of Darkness to hide her identity. Starting in Shining Moon Ulmia begins to wear an elegant black dress befitting her status as an Empress.

As a teen she wore a tight short sleeved white blouse with blue jeans, a silver necklace, her hair extended roughly half way down her back, and had a surprisingly large bust for her age. As an adult her hair was waist length, and her casual outfit consisted of an short sleeved light blue blouse and a dark blue long skirt, and her work outfit consisted of a white blouse, black dress pants, and a white labcoat with two pockets at hip level with a dull gold trim along the edge, and stylized Heart of the same shade on the back. In addition, up until she became the Empress of Darkness here eyes were a dark grey.

As a teen Ulmia was very quite and kept to herself, however after her first meeting with Blaid she quickly becomes more assertive. By the time she is in her twenties she is a very outgoing and adventurous person, and at the same time is very thought out and calculating. She thinks highly of herself, and tends to look down on people however. After giving birth to Yami she becomes very motherly and even tries to convince the somewhat distant Blaid to form a "real" family with her and their son. This all falls apart when she becomes corrupted by the Darkness and becomes the Empress of Darkness.

After becoming the Empress she is somewhat sadistic and very manipulative, going so far as to trick Yami and use him as an assassin. In addition she cares little for anyone's well being but her own, with the possible exception of Blaid, and lacking of self control, at one point killing a bystander for cowering in her pressence.

Even after returning to her original state of mind she keeps several of the Empress's traits. Namely her sadistic tenedcies.

Birth of a Tyrant

"Darkness and Light. An eternal balance. If disrupted all the Worlds would fall into chaos. Glorious Chaos."
—Ulmia Dark, when she becomes the Empress of Darkness

The prequel Birth of a Tyrant centers around Ulmia. It starts on her 16th birthday, the day she meets a Keyblade Master named Blaid who crash landed on her world. The two begin to spend time together, and in the process Blaid reveals the existance of Black Blood to her, which they both possess. Over time they develope deep feelings for eachother. Over time the two are unofficially married and Ulmia becomes a well known scientist. Using her power and recourses she delves into research on the Black Blood. Blaid sparodically visits her during this time due to the fact he is helping the other Keyblade Masters keep balance.

After a few more years pass Ulmia gives birth to Blaid's first son, Yami. At first she is very protective of the boy, and when Blaid visits on his 5th birthday brings up that they should try and become a proper family. This doesn't work out when during her experiments on Black Blood she accidentally contaminates herself with tainted Black Blood, which slowly drives her insane. To cope with this she develops a split personality which calls itself the Empress of Darkness. At first this new personality is managable, however by the time her son is 9 it is all but in control. On Yami's 9th birthday she fakes her death and flees her homeworld through a Corridor of Darkness.

Ulmia appears briefly during the first chapter which takes place before her descent into madness. She appears on the beach and has a small conversation with Blaid. It is revealed in this conversation that some of her experiments involve Heartless. She also appears as the Empress part way through the third chapter requesting a favor from Blaid, who doesn't recognize her.

Ulmia first appears in chapter 2 before Yami going by the alias Empress of Darkness. She tells him that Tamashii has fallen to Darkness and that she "saved" Hikari from chaos in the area. She offers to help Yami find them if he agrees work for her, which he accepts. When she tries to infuse him with Darkness, he pulls back and runs, only to be confronted by her again. This time she tells him that he can't resist the Darkness. Enraged Yami tries to attack her, only for a silver haired warrior named Sephiroth to appear out of nowhere and stop him. Ulmia then reoffers her help for his subordination, which after a moment of hesitation he accepts. She then opens a Corridor of Darkness and she walks through, followed by Sephiroth and Yami.

When they arrive at their desination, Yami passes out, and unbeknownst to Ulmia goes through his Awakening. She then has Sephiroth show Yami the castle, and goes to her throne room. She is next seen when Yami is exploring and finds her throne room, and she confronts him. She then uses her magic to raise them to a balcony above the throne room and shows Yami the world they are in, Radiant Garden. She then asks him to search out the leader of a resistance group, Leon, and kill him. Yami refuses, however Ulmia uses her powers of Darkness to manipulate him, causing him to go into a trance like state so he would search out Leon.

She is next seen in her throne room talking to a cloaked man. She is annoyed by the lack of respect he shows her, however after he reveals his face she is shocked. Next, we see her again in her throne room talking with Sephiroth, concered about a passed out Yami. Sephiroth assures her she is fine, and then offhandedly says that if the other one hadn't accidentally appeared in the wrong place he would have been done for. Before she can ask about this, Yami awakens and she turns her attention to him. She shows more concern for Yami until a cloaked man walks out of the shadows. Ulmia tries to introduce him, however he cuts her off and introduces himself as Blaid. After this man then leaves, Ulmia curses him before following.

"I simply want what's best for you. Don't make this harder than it needs to be."
—Ulmia Dark to Yami

Having returned to her former state of mind, while keeping some traits of the Empress persona, she joins Blaid at The World That Never Was. Here she encounters Blaid's apprentice, Shinji who takes an immediate dislike to her, giving her the insulting nickname "Mrs.Bitch".

"Blaid...I hope you know what your doing. You risk destroying our son from the inside out."
—Ulmia Dark

"Tsuki is it? Blaid tells me your an abomination that must be destroyed. But personally, I think you deserve a chance at life."
—Ulmia Dark

"Darkness and Light. An eternal balance. One that must be preserved."
—Ulmia Dark

Ulmia is the only character whose fate is unknown. She disappears shortly before the final battle, and is only shown once afterwards, crying on the spot where Yami's Heart disappeared. It is suggested that she is searching the Worlds for a way to revive her son.

As a teen and young adult Ulmia was head over heels in love with Blaid, and to some extent he reciprocated her feelings. After time their relationship began to strain, and in the end all but fell apart when Ulmia accidentally contaminated herself with tainted Black Blood, which began driving her insane. After several years of this, she finally snapped, and faked her death before fleeing her home world, causing Blaid to think her dead. After several more years she resurfaced as the Empress of Darkness, and joined forces with Blaid, who didn't recognize her at first.

Ulmia has a strained relationship with her eldest son. As the Empress of Darkness she manipulated him into giving into the Darkness, and tried to use him as an assassin, however over time being in his pressence caused her maternal instincts to reawaken, which chisled away at the Darkness controlling her mind. By the time the first story arc is over her dual personalities are fighting for control, with the Empress still having a greater hold over her mind. Eventually the two personalities became one, and she spent her time trying to protect Yami instead of use him.

As the Empress Ulmia tries to manipulate Hikari at every possible moment, at one point almost convincing her to commit suicide. When she returns to a saner state of mind, while she dislikes Hikari, she has some degree of respect for the girl due to her sons love for her. Unlike Blaid she is willing to let Hikari be, knowing first hand that sometimes love comes out of nowhere and can change a person.

Ulmia has almost no interaction with Tamashii, however during one of their few interactions she tries to convince the girl to kill Leon, however due to Tamashii's state of being a Nobody she can't pry at her emotions.

Ulmia has a strained relationship with her younger son, due to the fact his existance was whipped from her memory. The two have very little direct interaction, however in the few instances they do interact, Ulmia chooses to ignore Kurai.

While she doesn't actually like Tsuki, she respects that he is Yami's son and treats him with respect, unlike Blaid and Kurai who openly show distain for the boy. 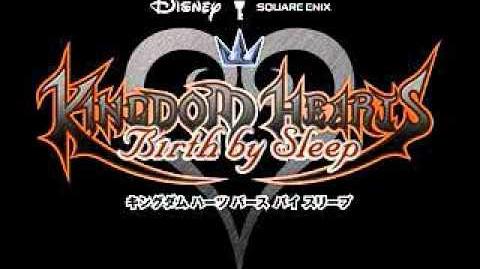