Despite its subtle atmosphere, Twilight Town is one of the largest worlds known. It is located in between light and darkness, similar to Castle Oblivion and The World That Never Was. As its name implies, Twilight Town is stuck in endless sunset, with its sun always in the same position in the sky, never rising nor setting. Much like Traverse Town in the previous game, it is divided into several distinct districts, Market Street, Sunset Terrace, and Yen Sid's Tower. The Tower is not truly part of the town; it is merely reached by a train from this world.

In Kingdom Hearts: Signs of Zodiac the people in the town have grown older. Not much of the town has changed other than that. It currently does act as the place where strong Nobody's are sent after being born.

Twilight Town is composed of two districts, Market Street and Sunset Terrace. The town is surrounded by The Woods, a large forest that also hides DiZ's headquarters, the Old Mansion. The Woods can only be accessed through a crack in the walls of Tram Common. Underneath the town is a vast Underground Concourse, which connects Market Street to Sunset Terrace, and has several entrances in each area.

Central Station is a large train station that lies at the summit of Market Street, just past the Station Plaza. Its trains lead all over the world, including other districts of the city and the beach, and there is even a magic train that travels to the nearby world of Mysterious Tower. The Station Plaza itself is a large, open terrace, presided over by the town's distinctive Clock Tower, which, though a twelve-hour clock, has "I" at the top instead of "XII".

The lower portion of Market Street is Tram Common, an open-market area with a free tram circling around. Many shops are found here, including the accessory shop and armor shop run by familiar faces to Final Fantasy VII fans, and a synthesis shop owned by Elmina the Moogle. It appears to be the location of many homes as well. Both parts of Market Street connect to The Sandlot, the area where the infamous Struggle battles take place, and to the Back Alley and Hayner's gang's hideout, The Usual Spot. Roxas's house in the simulated Twilight Town lies above The Usual Spot.

Sunset Terrace Another district of the town, Sunset Terrace, can be reached by taking the train at Central Station to Sunset Station. Connecting to Sunset Terrace is Sunset Hill, where Roxas spots the mysterious Ghost Train on the fifth day. Sunset Terrace is eventually joined to the Market Street areas through the Underground Concourse, which finally opens the last time Sora and his party visit Twilight Town. 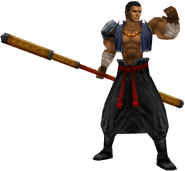 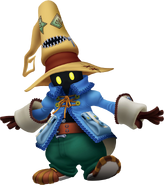 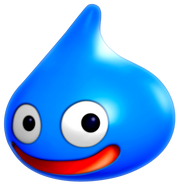 Plutia
Add a photo to this gallery
Retrieved from "https://kingdomheartsfanon.fandom.com/wiki/Twilight_Town_(KH:SoZ)?oldid=93879"
Community content is available under CC-BY-SA unless otherwise noted.