This article, Toa Luminus, is the creative property of GokaiWhite.

The Toa Luminus are a team of six Warriors of Light who are helping the Toa Metru save the planet Ankoku Nui from destruction. They make up (roughly) half the protagonists of Bionic Fantasy 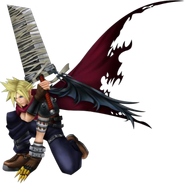 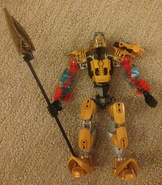 "Luminus" comes from "lumine", which is a Latin word for "light", referring to the team members being called the Warriors of Light. Thus, "Toa Luminus" is Matoran for "Warriors of Light".

The inclusion of the main protagonists of Final Fantasy 7, 8 and 10, along with their love interests alludes to the Chinese concept of the Yin and Yang, as notably seen in Yuna and Tidus' characteristics, among other dualistic concepts.

Retrieved from "https://kingdomheartsfanon.fandom.com/wiki/Toa_Luminus?oldid=93672"
Community content is available under CC-BY-SA unless otherwise noted.