Supernova is a world which appears in Kingdom Hearts: Signs of Zodiac. It is the final world of the game. Supernova is an artificial world created Rokuro. It was build in order to come closer to Kingdom Hearts. When the world is completed it should drift to Kingdom Hearts automatically so the Organization can take it over. To protect the world they sealed it with a powerful spell which consists out of the twelve Signs of Zodiac. However the kaviaar was that the signs were scattered around the universe. So the heroes have to collect them in order to open the world and defeat the Organization. 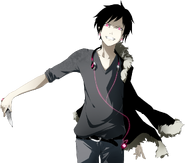 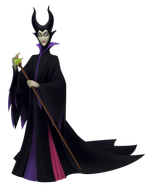 Pete
Add a photo to this gallery
Retrieved from "https://kingdomheartsfanon.fandom.com/wiki/Supernova_(KH:SoZ)?oldid=76484"
Community content is available under CC-BY-SA unless otherwise noted.