The Subspace Emissary is a world appearing in Kingdom Hearts: Awakening and is originally from the Super Smash Bros video game series.

Overall, the Subspace Emissary is a barren, scarred, and dead world. It is comprised of mostly desert and little water. There is a low population, and most of it is gathered in one land mass, which Allen lands at.

This is the main attraction of the world. It is a huge coliseum[1]. In it are slaves captured by Tabuu and sent here to fight for his amusement. They fight each other and rabid animals taken from the rough landscape.

When slaves aren't fighting, they are watching their fellow oppressed be killed and mauled.

A dark, unnatural place, this realm is the home of Tabuu. It is here he takes Allen, Mario, and Meta Knight, after they put up a fight against him in the coliseum.

This place is dark and is not favorable; in it are platforms of rubble and debris that are walkable, and in the background is an infinity of void.

The Splitting of The Light

It is here Allen goes to after the Land of Dreams when trying to find Baron. At first, he is confused; the world appears to be a barren wasteland. Upon further exploration, he is attacked by guards and taken as a slave to a lone battle coliseum where innocent people are being forced to fight to the death.

Once there, Allen is forced to fight two other slaves; a short, fat man named Mario and a creature with a sword and clothed in armor, named Meta Knight. Mario suggests breaking out, and together, Allen and his new friends cause an uproar, and all the slaves begin to revolt. They attack the guards and cause a general dissident.

The three are attacked by a man named Tabuu when they are trying to escape. They lose horribly, and are taken to a new dimension. Tabuu reveals himself to be made of pure darkness, and states that he controls the "Void" itself. Allen, Mario, and Meta Knight attack him once mroe, only to be defeated. They retry, and are defeated, again.

Exhausted and almost dead, Allen probes about Tabuu's and many other's evil intentions. Tabuu explains that they are all working for a common goal, under one man. He describes him, and Allen is surprised to find he fits the bill of the man he met on Earth - and his name is Crono Silverius. Tabuu contines.

The galaxy is at uproar. I am a focal player. You see, foolish humans, we are going to rule. I, myself, am but an embodiment of darkness. But us, together... We could do so much. We have learned, from our past. There was a horrible terror who fed on planets for nourishment. He caused the dwindle of so many planets.

We are going to harness him. Use his immense powers to rule the galaxy. And nothing can stop us. But first, we need power. As you may have noticed, many of us are trying to harness the keyholes of worlds. Those very keyholes can gives us the power of worlds that we need to hold the mammoth power in place, for our own gain.

And you are the pawn we will use to do it. We- No, I will kill you, and harness your raw power and give it to my master. He will use your very power to conquer all the worlds, and with no opposition, he will unlock the greatest world, and the greatest power, of them all- Kingdom Hearts. With this power, he will revive and summon the great Galactus in the chaos.

And then... All will fall to darkness.

And with this, Tabuu defeats the heroes. Allen sends one more distress signal to his Gummi Ship, hoping for help, as the void swallowed him up with Tabuu.

The story continues in Johto with Laharl and Ceodore. 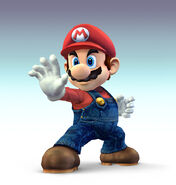 Meta Knight
Add a photo to this gallery

Tabuu/Tabuu (Boss)
Add a photo to this gallery

The platform in which Tabuu is fought.
Add a photo to this gallery

This article, Subspace Emissary, is the creative property of SilverCrono.

Retrieved from "https://kingdomheartsfanon.fandom.com/wiki/Subspace_Emissary?oldid=45761"
Community content is available under CC-BY-SA unless otherwise noted.