Pride Lands is a world that appears in Kingdom Hearts: Afterlife. The Pride Lands, despite the name, pertains to the three main parts of Africa that Simba explored during the events of The Lion King and seems to correspond with the later events in the film. The setting includes the Pride Lands itself, as well as more famous movie sites such as the Jungle, and the Elephant Graveyard. 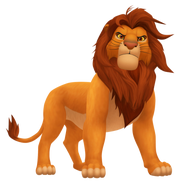 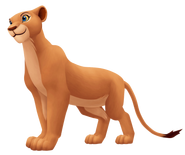 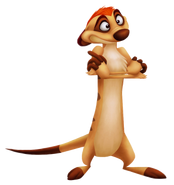 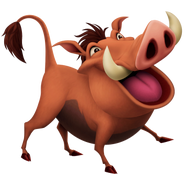 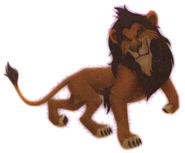 Scar's Remnant
Add a photo to this gallery

Kaito, Kasumi, Daichi and Raito all transform into lion cubs just like Sora did in Kingdom Hearts II.

Retrieved from "https://kingdomheartsfanon.fandom.com/wiki/Pride_Lands_(KHA)?oldid=74587"
Community content is available under CC-BY-SA unless otherwise noted.