Hi there Katie (Firaga) Welcome to the world of KH Legacy and the wiki :). Im Tipero joint creator of the growing KH Legacy universe. I started it all with the site. Talk to Xiggie foir questions. And check out the site. KHLegacy Keyblader of Dark13 02:07, 13 June 2009 (UTC)

Hey Firaga, I need to talk to you, please reply on my talk page. See ya--User:Nitrous X

I think I have a good idea Edit

sorry i guess it just slipped my mind i've been helping out at the kingdom hearts wiki since their been a lot of vandals there lately sorry--Firaga44 20:11, September 6, 2009 (UTC)

ok good night and i'll read it tonight um there's something i need to tell you i made mine own fanon wiki sorry i don't tell you before i kinda thought you'd get mad at me or something boy i'm a idoit sorry for not telling you earlier i just paniced and thought you'd get mad at me actually i had my own ideas and this wiki kinda inspired i'm really sorry please don't get mad at me and it's not that i don't like this wiki i really do Firaga44 03:02, September 15, 2009 (UTC)

ok tommorrow i'll draw a picture of lilly and rose for there articles and probably use lilly for my talkbubble and ok that story is perfectly fine with me Firaga44 02:38, September 18, 2009 (UTC)

ok and i'm thinking of making a nobody antagoist kinda like demyx thats gets in the way of kingdom come from time to time that ok with you? Firaga44 02:52, September 18, 2009 (UTC)

no i'm working on that it might take a while anagrams were never really my strongpoint it might take a night or two thank goodness tommorrow is a weekend i'll probably make it either tommorrow or saturday Firaga44 02:57, September 18, 2009 (UTC)

oops tommorrow's friday for me i always get my words mixed up during my hour break i see if i can come up with any names heck i don't even know if it's gonna be a boy or a girl look's like it's time to start getting clever but since i'm learning japanese it'll probably be japanese and good night here are some name ideas: reixgen

reixki well my brain is fried for tonight and i realized something i know jack squat about japanese and anagrams i had to use a transaltor and over 40 minutes of my time just to figure out those and to do two japanese anagrams but i do think the anagrams sound kinda cool they're both japanese for heartless and aura Firaga44 03:44, September 18, 2009 (UTC) 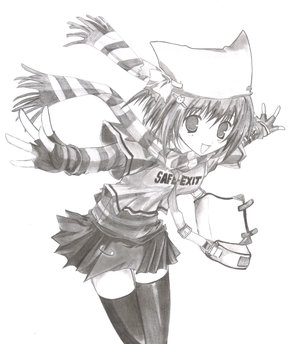 Retrieved from "https://kingdomheartsfanon.fandom.com/wiki/Message_Wall:Firaga44/Archive_Page_1"
Community content is available under CC-BY-SA unless otherwise noted.