Start a Wiki
Organization Final No. VI After the takeover She became second in command. She was also in charge of the replica program for some time. She is the Nobody of Laura. In Path of the warrior Chapter 6, she quits Organization Final. 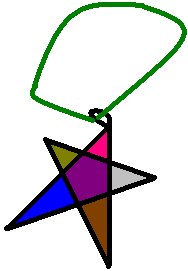 The Good Luck Charm Laurxa has in Path of the Warrior.

Blue eyes, Blode hair that is just below her sholders. Very pale white skin. Sometime after the takeover of OF she has a gray wing just like her origional self. Most of the time she is wearing a black coat. She always has a red headband. On vacation's she wears a green skirt, green jacket and a black t-shirt. After she quits OF she wears a green headband, dark green dress, and red boots. At the end of Organization Final: The Masked Thieves she gets married, so she has a wedding dress then.

She has twin chakrams that are light blue, a green claymore, and later a keyblade. She controls the senseless. She also has power over sand. Her keyblade is the Blue Sand keyblade.

"How does Sora know about us? Oh, is it because Roxas and Namine excaped?"

"Zipaxz, I don't want to be in charge of the Replica Program, I just want power, Got that Memorized?"

"How could Axel have died? He was my friend."

"Kaxrm, there is a tratior among us!"

"Sora is such an idiot!"

Retrieved from "https://kingdomheartsfanon.fandom.com/wiki/Laurxa?oldid=74562"
Community content is available under CC-BY-SA unless otherwise noted.