This article, Kingdom Hearts ~ Plague of Melody, is the creative property of Erry. 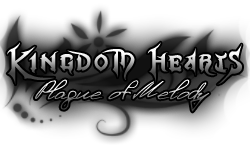 Kingdom Hearts ~ Plague of Melody is a series of albums created by ineverlovedyou using songs from Kingdom Hearts as a basis of sorts. Many of these songs consist of battle themes, boss themes and cutscene-only music.

Retrieved from "https://kingdomheartsfanon.fandom.com/wiki/Kingdom_Hearts_%7E_Plague_of_Melody?oldid=63243"
Community content is available under CC-BY-SA unless otherwise noted.