The Kingdom (or Kingdom Come as they were known in the first arc) is a cunning an capable organization dedicated to keeping peace throughout the worlds.

The Kingdom has a host of other people, Moogles, and Chocobos living with them in the Sanctuary that aren't necessarily field members. They usually help with other tasks, such as chronicling, providing medical services, and acting as summons in the case of the Moogles.

The members of Kingdom Come take on different forms when they visit different worlds. Sometimes it's a dramatic change and other times it is subtle. They do this to blend in with the other residents of the world so that they don't arouse suspicion. 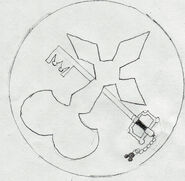