The Keyblades are mysterious weapons that are heavily featured in Kingdom Hearts. Wielded by a number of other important characters, the Keyblade is a main part of the battle between Darkness and Light.

The Keyblade of Light belongs to the chosen Keyblader of Light, guardian of the Realm of Light. The Keyblade of Light, which was at one point in the safe hands of Sora, a keyblader from Destiny Islands, chose a new host some years later. It chose a young boy of 14 by the name of Aiden. Aiden was from Twilight Town. His world was slowly being infested by Heartless by, at that time, an unknown source.

The night before the day the the Heartless finally broke through to Twilight Town, Aiden and his friend Saule each made a wish on a shooting star that passed over Twilight Town's sky. Ironically, they both wished to be keybladers like the stories they heard so they could fight off the Heartless. Their wishes were granted. The next day while being surrounded by Heartless, Aiden was gifted with his own Keyblade of Light, Apprentices Wish. Before having Apprentice's Wish, Aiden had been in contact with the new chosen Keyblader of Twilight, Tira, Saule's love interest. 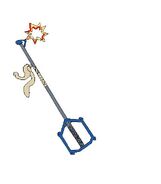 The Keyblade of Dark also switched users since its times with King Mickey, the guardian of the Realm of Darkness from Disney Castle. This wielder's name is Saule. Saule was 15 at the time and hailed from Twilight Town.

His story is very similar to that of Aiden's, as they were best friends. His keyblade's origin is quite is quite similar as well, except Saule's keyblade had changed form since he first recieved it and when he became a Heartless and was able to resummon it again. After his wish was granted at Twilight Town, Saule recieved the Night Thorn keyblade. It has two forms, Normal and Sleeping Form. 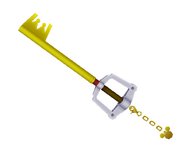 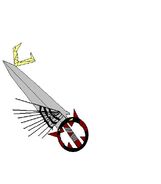 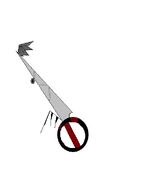 These keyblades were used by Knights in the Terrestrial Order who fought against the Ethereal. These keyblades were not created traditionally but by Olet, a young fellow knight on the order and Keyblade Crafting prodigy. Mickey would chose who was worthy and Olet would arm them with a specialized keyblade.

Here is the list of the Knights in the Terrestrial Order, along with their Keyblade name:

It's power enables the user to collect the Remnants of fallen Nobodies, usually very powerful ones. Xashowd discovered this power when he visited the floor in Castle Oblivion where Axel had eliminated Vexen, and the Keyblade, with a mind of its own, gathered the remaining energies into an orb that contained Vexen's powers and his memories.

Xashowd is able to wield this Keyblade due to his encounter with the Dark Fenrir, as a piece of its unique genetic makeup found its way into Xashowd when he was turned into a Nobody.