Burai is a fearsome Oni Lord who becomes involved in the Getterborn Riots.

Burai resembles a middle aged humanoid with a pair of large antler-like horns extending from his head that features outgrown hair and a beard and is always seen in a military uniform.

Burai is megalomaniacal after his transformation into an advanced Oni, desiring to conquer the world under an iron fist. Driven mad with power, he sees all other lifeforms as below him. He is said to bear a grudge against a certain God of War for what he did to Burai's demon brethren, as well as anyone who worshipped that god before his demise, including Gor.

Burai is expected to make his first appearance to the Gummi Team in Dunbroch. 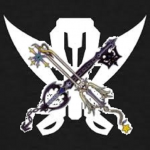