"It may be my duty as a Keybearer to save this world, but if that means I lose my friends I refuse to fight."
—Hikari, after Leon and Cloud tell her to fight Yami and Tamashii.

Hikari Hime is a main character of Darkness and Light. She is a Princess of Heart, a Keybearer, and was originally Third in Command of the Resistance, though eventually became its De Facto leader.

Hikari has shaggy light, almost pale, blonde hair that extends a few inches past her shoulders, bright green eyes, and a pale complextion. She wears a short white sundress, and over it a faded gray jacket of similat length, with zippers on the sides and front, with the side zippers undone slightly at the bottom. Over this, she wears another white jacket that only covers her shoulders. Around her waist she wears two belts, one white, the other a dull gold, and a matching pair of bracelets on her left wrist.

During Reigning Shadows she has gone through a small growth spurt, as such she is several inches taller, and her bust has filled out, in addition she also encounters Selena and from her gains proper Keyblade Armor. When not in use it appears as a silver band of metal around her neck with a gold Keyblade Master emblem on the front. When active form fitting silver armor, similar in appearance to medieval plate mail. Unlike most sets of Keyblade Armor her's lacks a helmet. Once she masters the Keyblade, she can also manifest a Keyblade Rider which takes the form of a pair of angelic wings.

Hikari was originally very shy, to the point she had trouble talking to the people outside her family, aside from Yami and Tamashii. After her homeworld is engulfed in Darkness, and she becomes a Keybearer, she forces herself to overcome her shyness, though it isn't until the discovery that she is a Princess of Heart that she fully overcomes her shyness and gains the courage she needs to fight the Darkness.

Birth of a Tyrant

Hikari appears at the very end of Birth of a Tyrant when she approaches a crying Yami.

Between Birth of a Tyrant and Darkness and Light

Between Birth of a Tyrant and Darkness and Light Hikari helped Yami find a new family to take care of him, and became friends with him.

Hikari is first seen waiting outside of Yami's house on their way to school. The two have a small conversation before heading out. She is next seen walking home with Yami, when her phone rings. Pulling it out one of her other friends ask if she and Yami have "done it yet", which causes the girl distress. When Yami looks at his watch and runs home before he is late Hikari heads to her own house, and talks with her brother, Richard.

Next, we see her walking home with Yami and Tamashii after a time skip, during which the three have become friends. The three wind up having a race to the beach, however part way there Hikari passes out from over exertion. When she wakes up she is in Yami's arms and he is protecting her from strange shadowy beings. 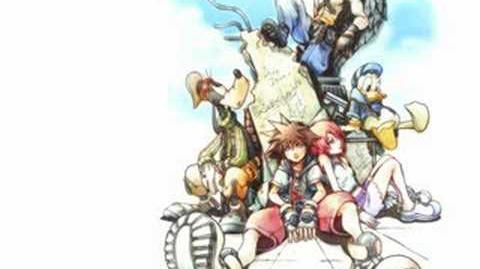