The Haosian Federation is one of the factions represented in Kingdom Hearts: The Unsung War Trilogy and Kingdom Hearts: Confessions of a Knight. Haosia is one of the superpowers of the Unsungverse, along with the Heartless Empire and until the Lucidian War, the Lucid Empire. Despite it's position as a universal power, it is not without its fair share of problems.

However, the Empire being autocratic was not widely supported by the people, many of them, some who supported the Confederation, others who didn't trust an autocratic monarch not unlike the Heartless Emperors and Empresses, and some who were simply against a centralized monarchy and wanted to bring back a Republic. These dissidents were banded together by a young Traversian Noble, Augustus from the House of Thermidor. He banded together allies from across the Realm to take up arms against the Haos Empire, and begun the Second Phase of the Civil War, known as the Thermidorian War (2 BDC-4 DC). Despite the military might of the Empire, the strategic genius and fighting skill of Augustus Thermidor, nicknamed the "Napoleon of the Republic" ended with the death of the Haos Emperor and the dissolution of the Empire.

With the fall of the Empire, the Rebels began setting across with the establishment of a new government. Whilst a constitution was being made, and amended. The factions squabbled with each other over how the powers were to be decided. Meanwhile, to the west, the Lucid Empire began encroaching on their borders, with the Kaiser at the time, Wilhelm II looking to reinstall the Haos Empire with him as Emperor. This started the Haos War (4-14 DC). While records were scarce, the fledgling republic struggled to hold it's own against a well established power in the Lucid Empire early on, but it did serve to hasten agreements and concessions between the various factions, eventually settling on a new Constitution which was passed in 6 DC. The Realm started to gain ground as the years progressed, and by 14 DC, the new Haosian Federation won its first war, albeit ending in a White Peace. Shortly afterwords, the then 62-year old Augustus Thermidor was elected as the Realm's first Chancellor. He would serve 2 consecutive four-year terms before retiring in 23 DC, where he later died in 32 DC.

Haosia would later fight against the Lucid Empire again in the Interplanetary War (31-46 DC) which also included the Kingdom of Leon, the Seven Republics, the Duchy of Mons and the Nascitan Republic. Despite the war lasting long, it was mainly fought between various Ships, with Lucidia holding the advantage in Ground Combat. It wasn't until 42 DC that the first Gummi Ships were used by the Haosian Federal Navy against the Lucidian Empire, and the conflict ended in a Status Quo Ante Bellum.

The Battle of the Three Superpowers

The Interplanetary War showed that the Federation still maintained a dominant role in universal affairs once thought lost during the Civil War, however its role was contested in a Tripolar society. To its east was the Lucid Empire, which grown to be a powerful force and influence over many of the realms and federations in the Realm of Light whereas in another realm was the Umbra (UW)|Heartless Empire, the seventh Dark Empire in recorded history. All three nations sought to outdo and outlast the others in power and influence. They waged proxy wars against each other for the next 50 years in an attempt to hasten this, It was because of these wars that led to territorial expansion by the two superpowers at the expense of allied Haosian worlds, despite this being slowed by diplomacy and military might on the part of the Union.

The Cold War reached its zenith during the 80's when all three superpowers competed in an arms race, building up their respective military's in the ways they best knew how. The Heartless, run by the Dark Human elite, would begin failed prototype designs of artificial Heartless, which would also be experimented on by the Lucid Empire and perfected by Xeanhort. The intended purpose would be to increase the numbers in the army for Heartless-Wave Tactics. The Lucid Empire, despite not having that many numbers, turned to technology, which came to fruition in Project Pendragon. In addition, the Junker society that included its vast numbers of Keyblade Knights (the largest in quantity since the Keyblade Wars 4,000 years ago) also helped to instill a sense of nationalism in the empire.

For the largely decentralized Federation, it turned to magic users and its own Keyblade Orders to bolster its military, its use in pioneering Magecraft and Magotechnology spearheaded by Merlin, who resided in Radiant Garden at the time, became standard for the Haosian Federation for the next decade and a half.

The Lucid Empire started down the process of Federalization and reconciliation. In 90 DC, The Empire sold some border worlds, including the World of Port Royal over to the Union in exchange for money. But its failures in nationalism and federalization that led to the secession of its provinces, a downturning economy and the rise of extremists who believed that Haosia is using Darkness to destroy their country led to the Lucidian War .(94 DC)

The Haosian Defense Forces, alongside the forces of the Umbra (UW)|Heartless Empire, the Kingdom of Leon and the breakaway states fought against an aggressive Lucidian blitzkrieg that left much of these recently acquired worlds, as well as various core worlds in the Realm severely damaged or occupied for a time. By April 1, much of the original lands sold to Haosia were reoccupied. But a stiff counterattack on all fronts pushed the Empire back to its pre-war boundaries by mid-May. By the end of the month, much of the Southern Lucidian Worlds were either occupied or leaning to surrender to the Allied Forces, with plans to enter the worlds of the Lucidian Heartland. But a desperate strike by the Lucidians, using Darkmass Bombs to destroy or devastate seven border worlds between the two Lucidias. The Peace of Lumen that ended the war on June 20, 94DC confirmed the annexation of the South Lucidian worlds into the Haosian Federation and the demilitarization of the Empire. For the first time in Haosia's history since the re-institution of its republic, it had felt much more safer than it had during the Cold War. With Lucidia dismantled and the Empire an ally, it was assured that the Union would finally be at peace.

Three months after the end of the Lucidian War, a old Keyblade Master by the name of Xeanhort unleashed creatures called Unversed, setting off a chain of events over the next 12 years known as the Xeanhort Crisis. The crisis reached several turning points, including the body snatching of an 18 year old Keyblade Apprentice named Terra as well as the deaths of Master Eraqus and the King of Radiant Garden, Ansem the Wise.

The conflict, which proved to be the worst internal crisis in the history of the Federation since its founding, led to several worlds being conquered and people turning into Heartless. The conflict finally came to an end by the combined might of several Keyblade wielders led by Sora and King Mickey, the recently elected Chancellor of the Union defeating Xeanhort and his cronies and ending the crisis.

Since 4 DC, the Haosian Federation has been run as a significantly Decentralized Constitutional Parliamentary Republic, separated into two branches, a Legislative and a Judicial Branch. It's decentralized nature stems from the rights of autonomy for each individual worlds, as it had been the case of contention in the Haos Civil War (22 BDC-4 DC). The Chancellor, elected by the populace of each world, is represented as the Head of the Senate, the Upper House of the Legislative Branch. Since 103 DC, King Mickey of Disney Castle was elected as Chancellor of the Realm of Light, and was reelected for his sucesses in the Xeanhort Crisis in 107 DC. Because of the laws set in the Union's Constitution, Mickey would be able to be reelected to a third and fourth term, if he so chooses to.

Despite the fact that the overall Government is a Republic, most of the constituent Worlds that make up the Union are all Monarchies in some variation, with only a few Republics in the realm. The only area not a part of this jurisdiction is the SLAA (South Lucidian Administrated Areas) which is run by a Realm of Light Magistrate.

The Haosian Marine Corps is the ground arm and spearhead force of the Haosian Navy. Raven, Luna and his squad, Task Force 108 (known as the Task Force "Warwolf") are a part of the Realm of Light Marine Corps, and many other Keybladers, including Sora, Riku, Terra and Aqua are also members of the RoL Marines.

The Haosian Terrestrial Defense Force is the Defense Force of the Realm. While each individual world has their own individual Self-Defense Force, the Haosian Army is the next step beyond the local militia, serving as the protectors of their sovereign territories. The Army took part in most of the Ground Fighting during the Lucidian War and in the early parts of the Unsung War, and suffered heavy casualties because of it. 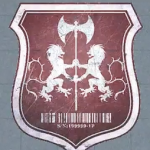