"Game World of Cy-game" is a world which Base on Wreck it Ralph. The world is seperated into two parts. The largest part being the one of Sugar Rush itself. A small sideworld has been added which is the Nicelander appartment. The world originates from the recent Disney film, Wreck-It Ralph. They all know of the existence of other worlds, as most of their worlds (games) are always connected. 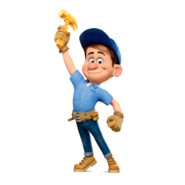 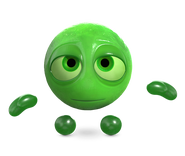 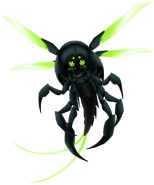 Gilgamesh
Add a photo to this gallery

Sugar Rush Racing is a mini-game which can be played in the Sugar Rush world. You have to compete against other racers and win the race, simple as that. It is exactly the same as the online game and has the same tracks. However, like in BBS, you race against Heartless.

Fix-It Felix, Jr. is a mini-game that can be played at the Nicelander Appartment. You have to climb upwards to the top of the appartment but look out for falling bricks. A special command is in the game which allows you to restore broken windows to gain more points. When you're hit once its game over. When you reach the top you win. It is played from a third-person aspect instead of 2-D.

Retrieved from "https://kingdomheartsfanon.fandom.com/wiki/Game_Worlds_of_Cy-Game?oldid=76673"
Community content is available under CC-BY-SA unless otherwise noted.