Destiny Islands is the starting world in Kingdom Hearts: Afterlife. It is designed just how it looks like in the orginal Kingdom Hearts only the other island is playable too.

Kaito, Kasumi and Daichi grew up on this world and have practiced their Keyblade skills here. They live her together with their parents Sora, Kairi, Riku and Mizuki.

It begins in the weekend when the three kids go and play outside the first day. They encounter Tidus who gives them a tutorial. After that the fruit in the city suddenly has been stolen and they are going to find out who did it. They eventually find Cactuar and battle him for the fruit. After Cactuar apolosizes they return home.

The next day Kaito, Kasumi, Daichi and Rick are allowed to go the Small Island where the kids decide to build a vlot to go back to the Main Island. After they finish their vlot the sky begins to darken and a Darkside appears on the Island and the three fight it. After defeating it, Darkside wants to attack the kids one more time but got saved by Sora, Riku, Kairi and Mickey. Mickey tells to the parents that they have to help him to find out who it is and says to the kids that they get the quest to close the keyholes of several worlds. After a conversation with the parents they agree and depart. 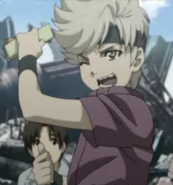 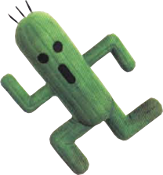 Cactuar
Add a photo to this gallery
Retrieved from "https://kingdomheartsfanon.fandom.com/wiki/Destiny_Islands_(KHA)?oldid=74419"
Community content is available under CC-BY-SA unless otherwise noted.