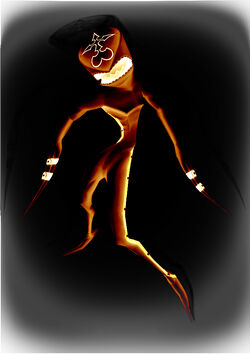 The Dawn is a rare version of the Dusk Nobody. It is a low ranking lesser Nobody subordinate to any Nobody of higher rank. It appears in Kingdom Hearts Legacy and The League of Abstraction.

Its attack pattern is very similar to the Dusk; however, it is far more dangerous. Possessing incredibly high power and speed, it is capable of flying around the map like Dusks and do so to confuse players. It possesses the element of Twilight and randomly deals light and dark damage with each of its attacks.

The rewards dealt are similar to the Mushrooms in Kingdom Hearts, as they replace the common enemies and give valuable rewards if defeated, wich take the form of rare synthesis materials, lots of munny, and an almost guaranteed level up.

Retrieved from "https://kingdomheartsfanon.fandom.com/wiki/Dawn_(Nobody)?oldid=39232"
Community content is available under CC-BY-SA unless otherwise noted.