This article, Allie Falcon, is the creative property of Frozen Keyblade Master.

Allie Falcon, formerly known as Diana Wendleton, is one of Kairi's main party members in Kingdom Hearts III. She is voiced by Cree Summer while her singing voice is provided by Lea Salonga.

Allie is a teenage girl who is rowdy, sassy, and rebellious, but she is also kind, optimistic, and forgiving.

Allie also has a bit of a girly side, which is wearing makeup and dresses, and having crushes on boys (such as Riku).

In The Crystal Knight, she wears a teal shirt with salmon sleeves and light orange ruffled cuffs. Allie still wears bedlah pants but they're gray instead of pink. Instead of being barefoot like she is seen in KHIII, she wears lavender boots.

At the victory party, she is seen having her hair in a beauty-queen style and wearing a red rose in it. She wore a turquoise hoop earring and her makeup consists of blue eye shadow, dark red rouge, and red lipstick. Her outfit is a purple dress with a pink strap at the waist and a matching miniskirt attached to it, lavender gloves, and blue high heels.

Her reunion outfit, which is worn in the end credits, consists of a pink dress, matching gloves, lavender high heels, and a green pearl necklace. For her makeup, it has scarlet lipstick and purple eyeshadow.

In her Valor form, Allie has a long-sleeved red dress with a white ribbon around her waist. Attached to the center of the ribbon is a gem and below it is a sparkly, black see-through miniskirt. She wears red boots and a white pearl necklace.

In her Wisdom form, Allie's dress is a blue knee-length with upside-down triangular sleeves and sparkles at the bottom and she has cyan gloves and matching boots. Her makeup only has blue eyeshadow.

Allie's Limit form centers around the theme of the 1951 Walt Disney animated film Alice in Wonderland. Allie's dress has white puffy sleeves, a black body, and a red skirt. She also wears a pair of golden yellow boots with a black floral pattern.

In her Master form, Allie wears a gold and yellow shirt with a gray floral pattern and black bedlah pants.

In her Final form, she has a white off-the-shoulder jumpsuit with long sleeves that are see-through at the bottom, a black ribbon tied around her waist, and black boots with gray diamonds at the V-shaped top.

Her Harmony form includes a white jumpsuit with yellow fluffy puff sleeves and a periwinkle gossamer skirt attatched to it, pearl-white boots, and a large golden see-through scarf.

Allie was born and raised as Diana Wendleton in Templefront City by her single mother, Abigail.

Allie admires Lightning and looks up to her.

Allie is completely close to Herc.

Allie has a crush on Riku.

Being a warrior, Allie wields a vast number of weapons.

A fierce teenage girl who wields scores of weapons. Her real name is Diana Wendleton. After her homeworld was destroyed, she started a new life in the coliseum and changed her real name to help her mature a little. 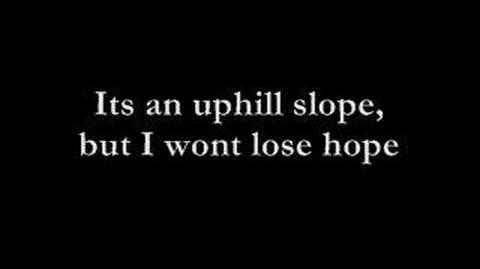 Allie at the Victory Party

15-year-old Allie
Add a photo to this gallery

Harmony Form
Add a photo to this gallery

Retrieved from "https://kingdomheartsfanon.fandom.com/wiki/Allie_Falcon?oldid=80986"
Community content is available under CC-BY-SA unless otherwise noted.